Madagascar, the fourth-largest island in the world, is strategically located in the Indian Ocean off the east coast of Africa.  It is a proud island nation that is known for its unique local culture and incredible biodiversity. 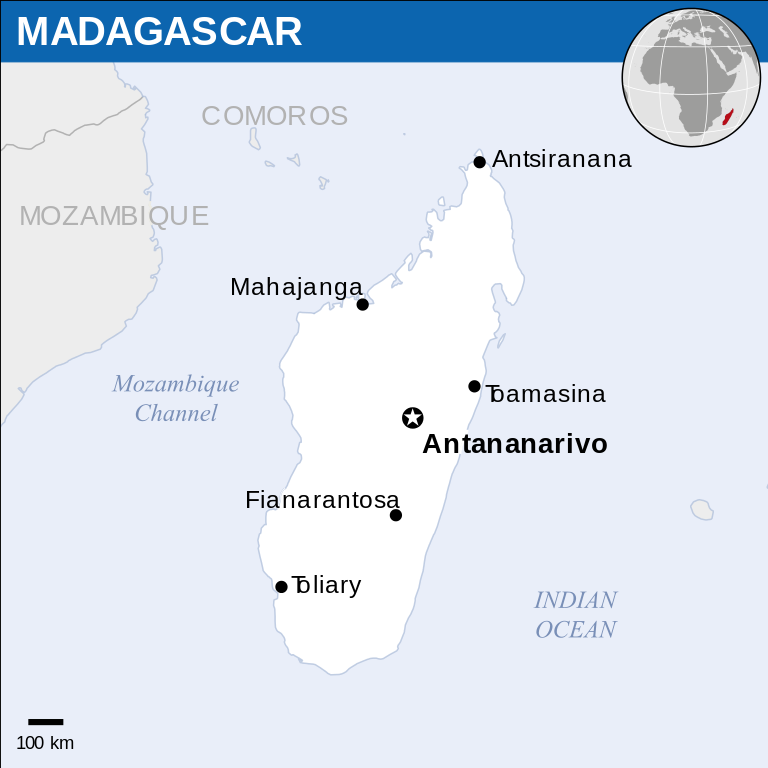 Madagascar is approximately 587,000 km2, or about twice the size of the United Kingdom. It is located in the Indian Ocean, close to the Mozambique coast off southern Africa. Due to its location and its early isolation from mainland Africa, the island has developed a unique geography and biodiversity. The tropical, temperate and arid climates found across the country have led to an extraordinary wildlife, with a high endemicity rate of over 85% and unique species such as the lemurs, Malagasy baobabs, and the world’s smallest chameleon. The island has a wide variety of natural resources such as minerals, arable land, forests and fish.

Madagascar has a population of over 26 million people, 60% of which are under the age of 25. It contains 18 ethnic groups, all of which speak with various regiolects of the Malagasy language. French is the other official language. The Malagasy are descendents of settlers from Southeast Asia and East Southern Africa and draw their cultural heritage from Southeast Asia, India, Africa, and the Middle East.

According to the UNDP’s 2018 report, Madagascar ranks 158 out of 161 countries on the World Bank’s Human Development Index (HDI).

We use cookies to give you the best online experience. Please let us know if you agree to all of these cookies. Privacy settings Yes, I agree
Go to Top