Madagascar’s cultural practices are as distinct as its natural environment. Ambatovy is committed to making sure that any cultural heritage sites, archaeological artifacts or remains are treated respectfully and in accordance with local customs, scientific procedures, and the International Finance Corporation’s Performance Standards on cultural heritage.

Identification and Protection of Cultural and Historical Sites

Prior to Construction, a team of archaeologists surveyed cultural heritage sites and, with the help of community members, rigorously documented and mapped them. During construction of the Pipeline, all sites were checked again for any previously undiscovered items of archaeological interest or value. In certain cases, the Pipeline was re-routed to ensure sites of cultural significance were left untouched. In locations where remains or artifacts were found, Ambatovy followed specific cultural practices, local traditions, and strict scientific protocols to ensure minimal disruption during their relocation. 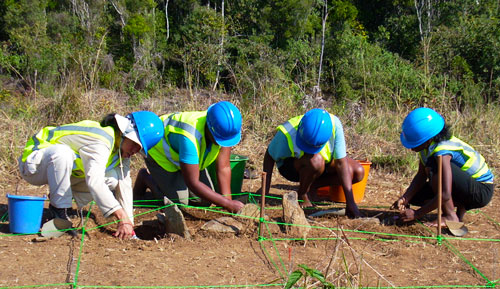 In October 2013, the archaeological discoveries from Ambatovy’s construction period were published and presented to the public in the book “A Look at Cultural Heritage: a contribution to the cultural history of the eastern region of Madagascar” written and compiled by Professor and archaeologist, Jean Aimé Rakotoarisoa, in collaboration with Ambatovy. 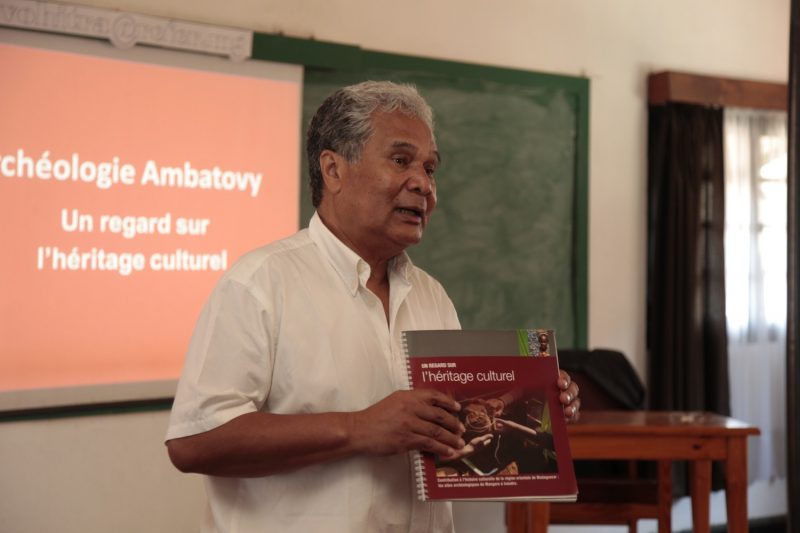 The book is a collection of general information about the areas concerned and specific information on the archaeological works undertaken during Ambatovy’s construction phase. These discoveries will greatly contribute to the reconstruction of regional history and the preservation of the cultural heritage of communities in between Moramanga and Toamasina, and are of significant value due to the lack of previous archaeological studies and the absence of historical data and documentation for this region that is known for its rich history and economic activity. One of the most valuable findings is the first proof certifying a significant interaction between the populations of Madagascar’s east coast and those of the central highlands.

During its construction period, Ambatovy’s archaeological team discovered 260 sites of archaeological interest and collected more than 5,000 artifacts. The oldest site excavated dates back to the 13th century. Jars, small jugs, and large terracotta pots are just some of the relics that have been discovered. These discoveries were already presented to the Malagasy Academy in April 2011. 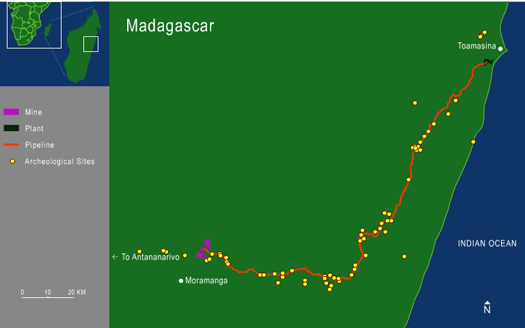 Click here to read a PDF version of the book, available in French and English. As we continue to develop our mine site, we continue to discover new artifacts, all of which are carefully removed and catalogued before being donated to the Heritage Interpretation Center.

Ambatovy collaborated with the University of Toamasina and its Center for Ethnological and Linguistic Studies and Research (CEREL), the University of Antananarivo through the Center for Art and Archaeology (CAA), and the Institute of Civilization / Museum of Art and Archaeology (ICMAA) for the treatment, study and preservation of all the discovered archaeological objects.

In September 2014, the Heritage Interpretation Center (CIP) was inaugurated: a center dedicated to preserving and presenting to the public the archaeological artifacts found in Ambatovy’s intervention areas. It thus ensures the long term preservation and enhancement of these collections. The signing of a restitution document of these objects also took place during the center’s inauguration ceremony.

The Heritage Interpretation Center provides the public with a permanent exhibition and serves as a research, information and exchange space for national and international researchers and the local population. Recently, in 2020, Ambatovy was able to restitute more than 1,800 archeological objects discovered in our mine site.