Ambatovy is pleased to announce that it has won the 2014 Nedbank Capital Sustainable Business Award in the Resources and non-Renewable Energy category for its Biodiversity Management Program. The Nedbank Capital Sustainability Business Award is an acknowledgement dedicated to companies operating in Africa that demonstrates sustainable development and creates value for the community and the environment. The reception of the award in Johannesburg, South Africa, on October 30, 2014, acknowledged the landmark biodiversity work being carried out by Ambatovy in Madagascar.

« Ambatovy is honoured to win this prestigious award as it recognizes our efforts in conserving and protecting Madagascar’s unique biodiversity in the framework of our operations,” said the Ambatovy’s Vice President for Sustainable Development, Louis Roland-Gosselin. “Based on the strictest national and international standards, protecting Madagascar’s unique environment is one of Ambatovy’s priorities. Our biodiversity conservation program aims at achieving no net loss and preferably a net gain of biodiversity, while ensuring socio-economic advantages for the local population,” he added.

Ambatovy’s biodiversity management program has been designed according to the prioritization of the mitigation measures aiming at avoiding and reducing impacts as well as offsetting those which are unavoidable. To achieve this, Ambatovy rerouted the pipeline infrastructure in order to avoid critical habitats, proceeded in monitoring, rescuing and relocating impacted plants and wildlife, and implemented a sustainable offset strategy to protect sensitive biodiversity.

In the framework of its environmental protection programme, Ambatovy complies with the strictest national and international standards, such as the Equator Principles and the World Bank’s International Finance Corporation’s (IFC) Performance Standards. Specific conservation actions for targeted fauna and flora, such as lemurs, frogs, fish and orchid species, have been implemented. To reflect Ambatovy’s commitment to environmental management and transparency, a Scientific Consultative Committee, made up of several independent Malagasy and international scientists, was established in 2009 to assess Ambatovy’s implementation of the biodiversity management program.

It’s worth mentioning that Ambatovy is also a pilot project of the Business and Biodiversity Offsets Program (BBOP) which is a partnership between companies, scientists, NGOs, governmental agencies and research institutes responding to the growing interest in creating offset areas to ensure a “no net loss” of biodiversity through conservation activities that will protect critical habitats, contribute to the national strategy on biodiversity, and face local communities’ priority for a source of income.

Regarding the social aspect, Ambatovy was recognized by UNAIDS this year for its actions in the fight against HIV/AIDS. The company has received a “Good Practice Award” for its commitment in implementing the HIV/AIDS national policy in the work environment and in the fight against stigma and discrimination in the workplace so as to achieve the zero objective in Madagascar. 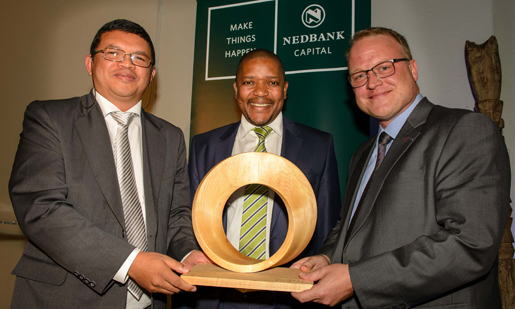